The boys had a very tough programme of fixtures against Aberdour this week with our U8s leading the way at the away game on Tuesday.  The A team played some very good rugby and in an end to end game managed an 8 all draw.  The B team showed they are making great progress with a 7-5 win and the C team narrowly lost.  On Wednesday, the U11A game had to be abandoned because of an injury but not before the boys had shown great spirit and determination in the face of some very physical play.  The U10A team lost narrowly away but the 10B team continued their brilliant form with a fantastic win.

Performance of the week was by the U9A team who still remain unbeaten.  They started the game with electrifying pace running in 4 tries in the first 10 minutes.  Aberdour came back into the game in the second half but Caterham continued to attack with great vigour and were ferocious in defense, resulting in a win 8 tries to 1. 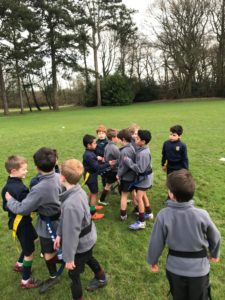 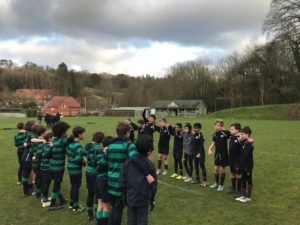