On Saturday, six U11 girls played in the Hawthorns Cricket 6s quadrangular tournament at Hawthorns School. In the opening match against Reigate St Mary’s the girls knew they were up against a strong team and started strongly with Cora and Ella, but three quick wickets soon put Caterham on the back foot. A good batting partnership of Shri and Romilly pulled the team back up and the girls left RSM 240 to chase.  Reigate opened with a strong batting pair who put 27 on the board before Caterham took a wicket on the final ball of the over.  Despite a fantastic couple of overs bowled by Ishani, Amelia and Romilly, Reigate took the win.  Next up was Aberdour, with precision bowling, the girls struggled to get much bat on ball. Ishani played four boundaries but the team were limited to snatching a handful of singles and Aberdour took five wickets, thoroughly deserving the win. In the final match against Hawthorns the girls were determined to give it their all, an early wicket by Amelia and limited runs off Shri and Cora’s overs, it was a great start.  Romilly bowled the over of the game taking three wickets, giving Hawthorns a lot to do as the final pair came into bat.  The opposition held their nerves, a few singles and dots before they hit five boundaries leaving Caterham 244 to chase.  Hawthorns were not going to give up lightly and took an early wicket with a run out, but the girls responded well taking singles at any opportunity and a handful of boundaries.  The fourth over was full of excitement but some overzealous running led to another run out.  The final pair of Amelia and Ella had 19 runs in their sights and they were determined to hit and run! With another runout, the girls were leaving it all to the last few balls, in a nailbiting finish,  Ella hit a boundary followed by two singles to tie the match.  A great finish to the tournament and end of season for this fabulous group of cricketers. Well done all! 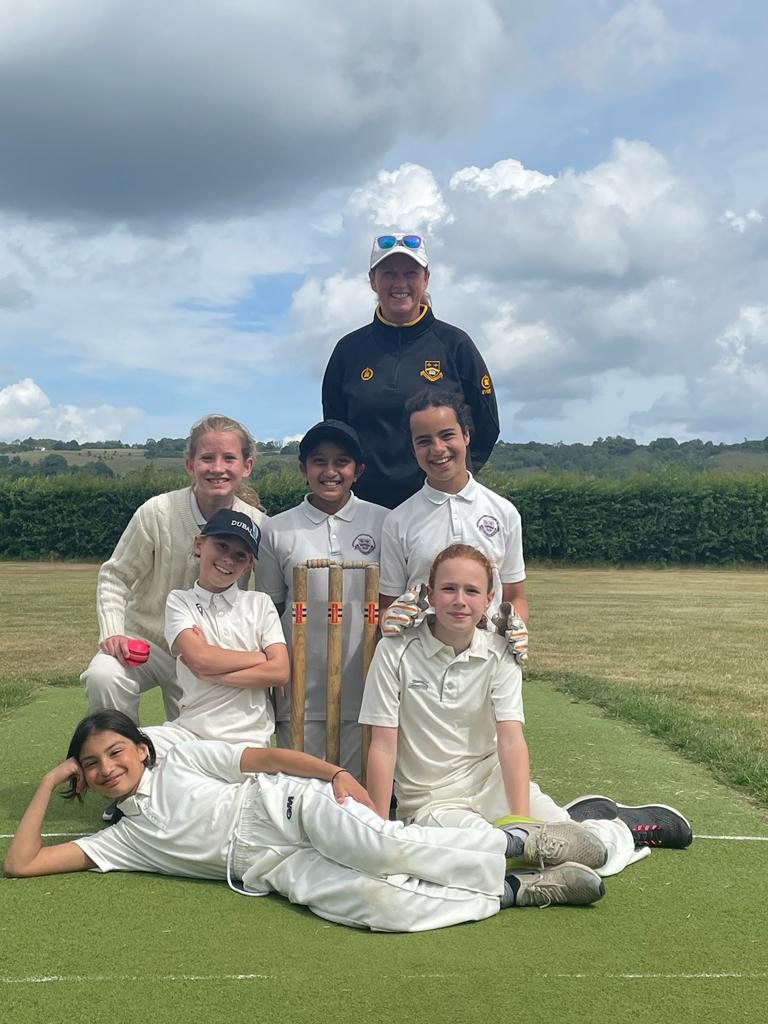